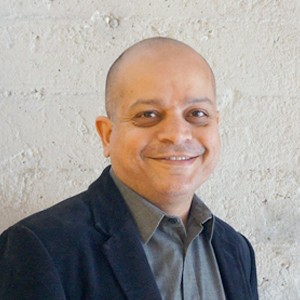 Kersu joined Johnson Fain in 1998 after completing his Master of Architecture degree with a concentration in Urban Design from UCLA. Over the past eighteen years, he has worked on a variety of local and international projects ranging from city additions and specific plans in California to sustainable regional planning projects in China. He has been an integral team member on several award-winning projects including the competition-winning entries for the Central Business District of Beijing and a New Town Center in Shanghai.

Kersu has been involved with wide-ranging aspects of these projects including research, design development and presentation as well as client communication and management. His professional interests include transportation planning and its role in our cities as well as the role of urban design as a discipline and its influence within the Los Angeles region.

Prior to his Masters degree from UCLA, Kersu worked as an architect in Mumbai, India and was involved with the development of several multi-family housing projects and planned communities in that city. He also worked as a production designer in Mumbai’s film industry before moving to Los Angeles in 1994.